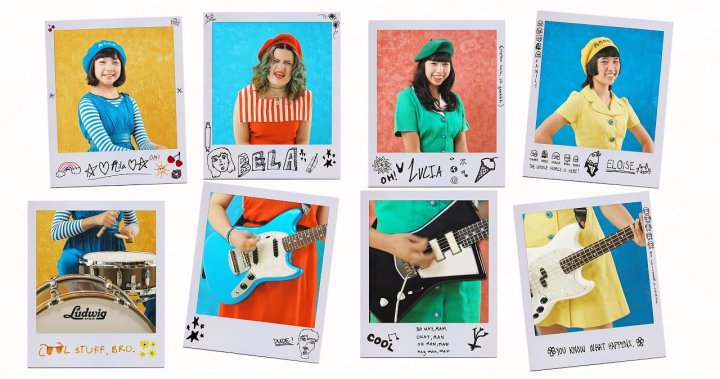 I was gone last week for another trip – Gawd, they’re getting boring, aren’t they? – but the all-important 5-song list is back.

Alongside Dallas Green and his City and Color projects, AoF’s Wade McNeil also got busy, working with other bands, writing soundtracks and creating solo projects. His last one is more low-key than some of his other stuff and certainly a lot more personal. I’ve always been a fan of Wade’s work, so I’m looking forward to the album’s release on October 20th.

2. Dave Moines, Change of opinion
I always wanted to be me (Ghost Pepper Documents)
Recommended if you like: let’s start with Tokyo Police Club fans

Like Wade McNeil, Dave has been working outside the confines of his group, the Tokyo Police Club, for some time now. His second solo album will arrive on October 15 via his own label. If you need something upbeat for these (hopefully) waning pandemic months, you’ll want to try this song. Watch out, vampire weekend.

The story continues under the ad

The Texas Kings of London, Ont. Had a lot to offer at the end of 2019. And then … well, you know. Like so many other groups, they have spent the pandemic in lockdown working on new hardware. This is the first example of what they have proposed. More is coming in the form of a six-song EP in December.

With a sound reminiscent of MGMT, JAWNY (born Johnny Utah, born Jacob Lee-Nicolas Sullenger) released this song to the internet in 2019 and recorded big viral numbers, leading to a recording deal with a major record company. . He’s released six singles since, but Honeypie is making a big splash for the mainstream. Oh, and he’s apparently dating Doja Cat.

The story continues under the ad

The Linda Lindas first caught our attention in May when they suddenly exploded with live video from an LA library for the song. Racist, sexist boy. They were almost immediately picked up by Epitaph, although no one in the group is over 16 and the youngest is 10. Here is the follow-up single from this viral hit. Very Go-Go, that.