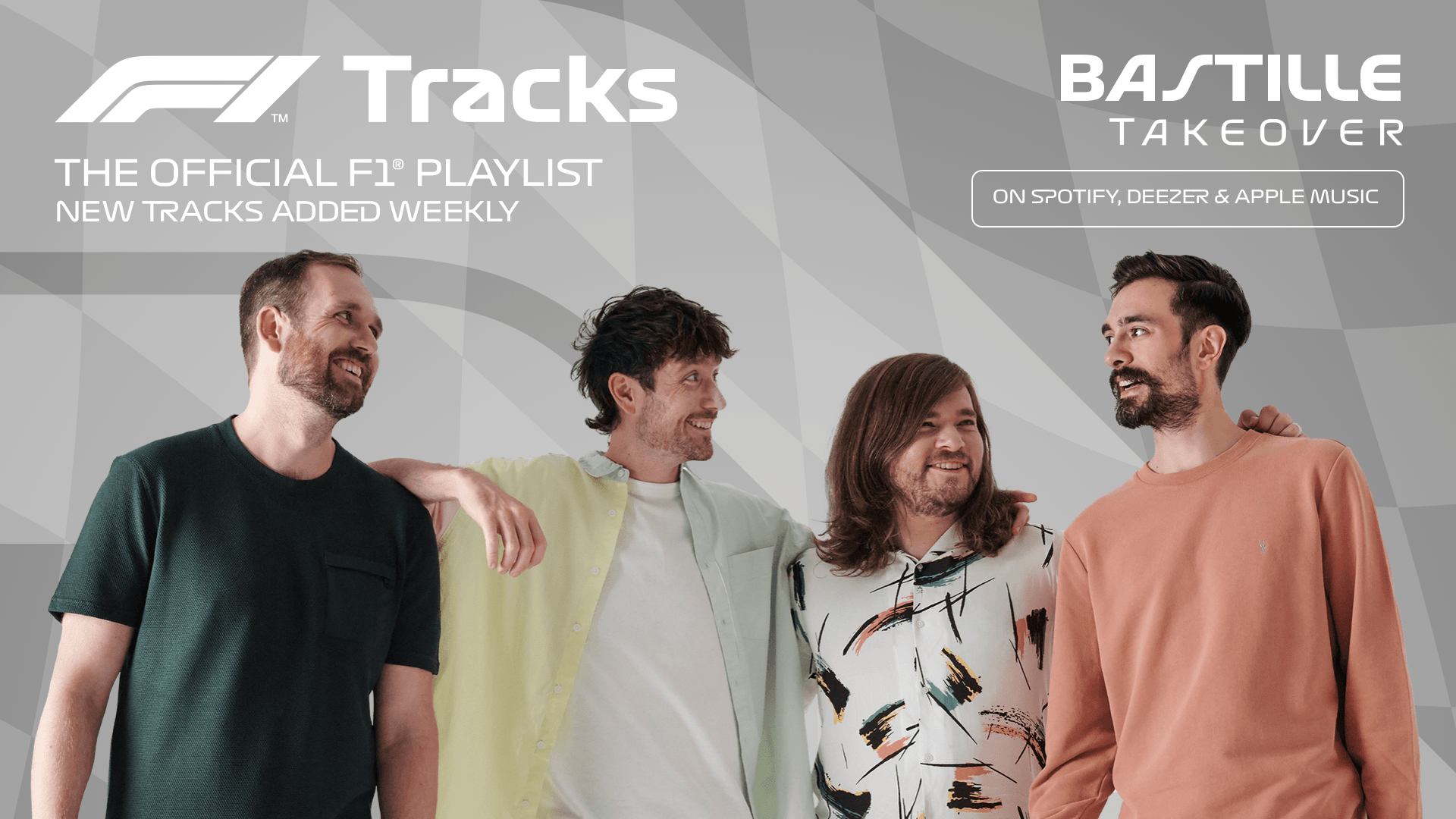 British rock band Bastille graced the F1 Tracks series a few weeks ago, compiling a playlist for the French Grand Prix weekend. Known for their huge list of hits including Pompeii, Bad Blood and Doom Days, the band have been at the forefront of the UK music scene for over a decade.

You can check out their playlist here. Meanwhile, guitarist Will Farquarson is a big fan of Lewis Hamilton and he told us his thoughts on the world of F1, so read on for an exclusive Q&A…

Q&A with Will Farquarson

Q: Are there any similarities between F1 buzz and live music buzz?
A: Absolutely. I always feel like an F1 weekend is really similar to a music festival. The fact that it takes place over three days and people camp out still gives the same feeling as Glastonbury or other big festivals. Pilots are much cooler than pop stars.

Q: Favorite team?
A: I would say Mercedes at the moment because I am a Lewis fan and George is also a very good driver. I’ve always had a soft spot for Ferrari. They are such an important part of F1 history.

Q: Favorite F1 track?
A: I love Silverstone. The atmosphere is always amazing! Reminds me of music festivals. The crowd is so loud, it’s awesome.

Q: If you could choose one of your songs to be F1’s new theme music, which would it be and why?
A: The driver of course.

Q: What are your favorite memories after watching Formula 1?
A: Lewis winning his 7th championship to tie Schumacher’s record was quite a special moment. I remember the chaos of the 1998 Belgian Grand Prix was quite exciting. I imagine it’s a less good memory for pilots, but watching it at home was really borderline seat. Damon Hill also took the win, which was awesome!

Q: Which F1 driver do you think would make the best musical artist and why?
A: Lando Norris. I don’t know why, it looks like it could be musical. Kimi Raikkonen should do a spoken word album – It would be quite short.

Q: You could go to a concert with three people dead or alive, who would they be and what bands/artists would you go to see?
A: Hendrix, Nirvana and Rihanna. I would have loved to see Otis Redding live.

Q: Tell us about your new music news?

A: We release more new music. You’ll have to wait and see when… but it’s soon! Live; we have summer festivals coming up and then tours in South America and Europe to end the year.

“I fell in love with the place”: Kiwi muso is back on tour in a small town in New Zealand