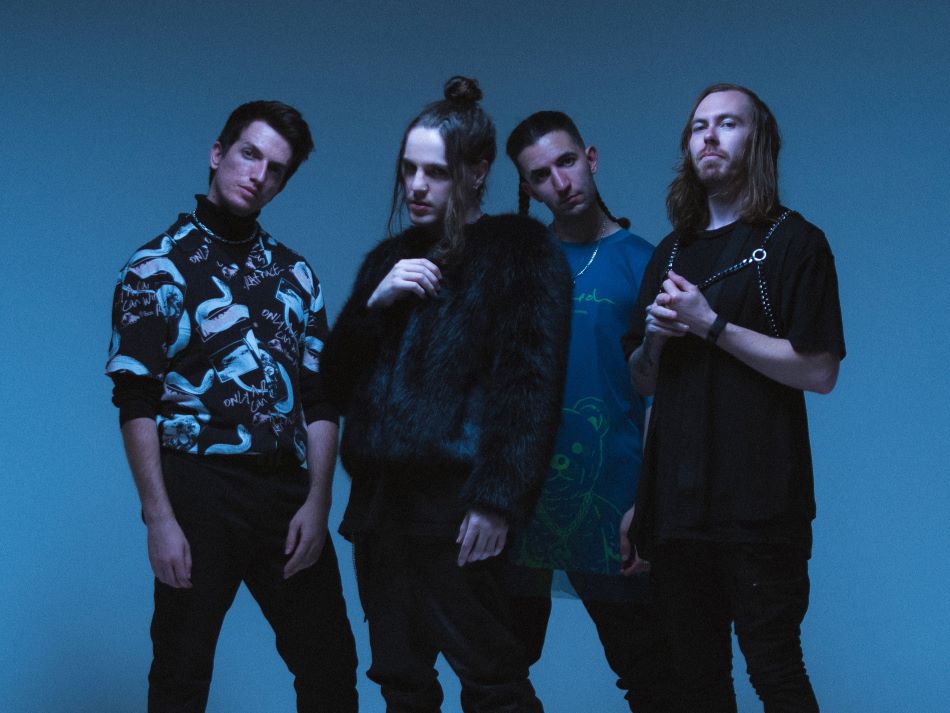 Wind Waker are one of our most exciting heavy metal bands and today released their debut album, language of love.

They moved out of Wagga Wagga and now live in Melbourne. Their first EP 2019, Empire accumulated millions of streams and projected a buzz far beyond our national shores. Locally, they have earned recognition as Triple J Unarthed Feature Artist.

language of love explores the themes of love, and the aftershocks it can have on all of us. The album is full of big hooks, adroit observations and massive refrains. They jumped in the boots and all, having written, produced and engineered the album themselves. The group is full of talent.

Some of the festivals where they played To download, Good things, knight and day and Unify festivals.

To celebrate the release of the album, the band put together a playlist of songs that inspired the album. So listen to the album, then read on and give the playlist a spin. Trust me, you won’t find a more eclectic mix of tracks!

Complex vocal textures combined with dynamic polyphony result in such a unique sound. We decided to make the intro of our song ‘Beautiful’ sound like her. To be honest, there are crazy frog vibes throughout the song.

Complex vocal textures paired with melodic rock guitars create an epic sound. Kinda reminds me of Chad Kroeger’s Spider-Man song ‘Hero’. “And they say a hero will save us. I’m not going to sit here and wait. If you look closely at our music video for ‘Glow’, you’ll notice similarities in the overall epic of the two songs. It’s breathtaking.

This deserves its own honorable mention. The song just goes too loud. The hair blows in the wind. Voice texturing. The polyphonic ones. Amazing. Our song ‘Lucy’ has similar guitar tones in a few places. Listen carefully.

Incredibly well “constructed” lyrics. Wildly underrated. The line that strikes me the most is when the singer refers to someone (not specified exactly) as “baby cakes”. It’s quite interesting to say. Our song ‘Dopamine Freestyle’ is just as ignorant, but more ironic. We win.

There’s not much to say about this one. It’s a classic. The title song of our album ‘Love Language’ is inspired by the tempo.

Huge song. If you’ve seen Shrek, you absolutely know what we’re talking about. Track 2 “Lucy” from our album has similar vibes in places.

It took me years to find this song, but when I finally found it, I was relieved to hear it. I remember going through the comment sections asking, no one knew what I was talking about and they were just Rick Rolling me. Parts of ‘Beautiful’ sound like ‘Sandstorm’ for sure, and that’s mainly because Northlane also started copying Darude, and it’s only natural for an Aussie Metalcore band to follow their lead and plagiarize material as well. .

I didn’t want to do Segway so fast, but singing! Rich bass. Track 5 “Me + You, But Mostly Me” from our album has a very similar vibe. Friendly and groovy. Has that slow but bouncy quality that makes you want to boop!

“Bop to the Top” – Ryan and Sharpay Evans

Musical high school. Listen to me. Full of firecrackers. Lots of moments. Our album is also full of bangers, and it’s full of moments. Coincidence?

Our song ‘Dopamine Freestyle’ on the album has trap bars like this. An honorable mention also goes to Mario Judah. You the GOAT, my brother.

Applause. Undeniable love at first sight. Cry about it.

“Surrounded by Silence” – Design The Skyline

I have never heard such a cry. That’s half the reason we write firecrackers.

Hands get tired. I typed quite a bit, but I can get over this pain for this song. Goat, brother. SPOILS ! This song rocks. Mad. If you put that at the end of our album, it would be almost seamless. This song has aged well.

Good friends of ours. Good melodies. They belong to this list. We heard their music after we had already written the album, but listening to this song inspired the visuals for our new music videos. I have a condition called synesthesia.

“Walkin’ On The Sun” – Smash Mouth

What a crazy trip it has been. The circle is complete. This song is responsible for influencing every track on our upcoming debut album “Love Language”. Every time I hear it, I cry a single tear. Anyway, when is payday?

More to explore on the AU: