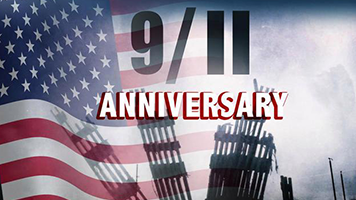 This weekend marks the 20e anniversary of the September 11 attackse, 2001, and Indiana County will have two ceremonies to commemorate the solemn anniversary.

The first ceremony will be the traditional IUP ceremony. Normally it would take place on September 11e, but due to the fact that it falls on a Saturday, the ceremony has been moved to today and will be held during the IUP “Common Hour” from 11:30 am to 12:30 pm. The annual ceremony will honor three IUP alumni who lost their lives in the attack on the World Trade Center in New York: Donald Jones, William Moskal and William Shugra. The memorial will be held in front of the IUP 9/11 Memorial in Oak Grove.

The guest speaker for the IUP ceremony will be award-winning journalist Tim Lambert from the Class of 1992. His connection to 9/11 is that part of his property in Shanksville was part of the Flight 93 crash site. Lambert a said his first story at the site of Flight 93 happened in October 2001, when the county coroner asked him if he wanted to visit the site.

A second remembrance ceremony will take place on Saturday as part of the Northern Appalachian Folk Festival at 11:00 am. IUP President Dr Michael Driscoll and Pastor Jack Lucas of Hilltop Baptist Church will be the guest speakers at the ceremony.