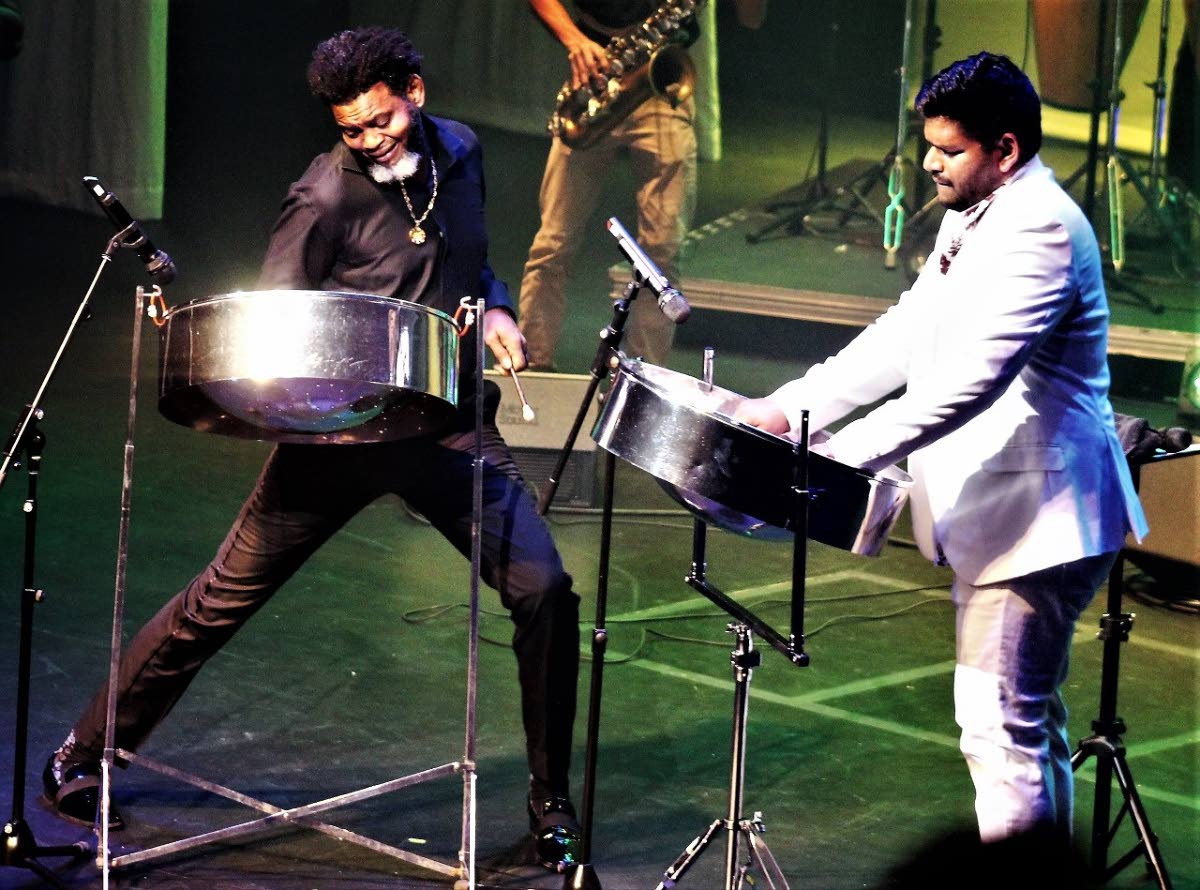 Johann Chuckaree, His Story – a review

In short, for $250 and with three hours of solid musical performances, Johann Chuckaree’s concert at Queen’s Hall on June 18, His Story, was a value-for-money entertainment show that in this aftertaste means -of-Carnival, post-covid lockdown TT, that what these musicians and singers had been holding back for 24 months was waiting for the right event release valve to satisfy an eager audience slowly returning for the shows.

Chuckaree’s star-studded guest cast, backed by a crack band featuring Enrico Camejo and Adrian Kong and others, engaged a new kind of calculus of what can make or break for audiences. local, or even international, if ever it comes for that. Singers of romantic ballads, island rock, reggae classics, Bollywood and soca songs, real and revised, performed with the best instrumentalists on steelpan and piano to balance the show with a kind of global vision of what is possible and available in this island. And it wasn’t too much. The choice of song and melody makes the difference in any show, and here it was just enough not to encourage grumpy whispers, early starts, or flat applause.

On Saturday, four steelpan musicians were vying for the unenviable position of being an outstanding instrumental performer. We can say that the instrument stood out. Icon Len “Boogsie” Sharpe stroked his double-second pans on Frank Sinatra’s My Way as a solo piece showcasing a tour de force of simultaneous tactile dexterity and musical knowledge to move music beyond the ordinary towards the sublime. He then performed a duet with Chuckaree on Trini to the Bone which started a trend among the panists that night, the steelpan duet with the concert’s headliner which pushed the energy up and with enthusiasm at the -of the.

Dan Gulston, Mister Excitement himself, who with Chuckaree proved that dueling pans can and do present their fast sixteenth-note arpeggios that give a joyful ovation as often as they can dance, play and quickly run through all the notes on the pan. A better sound system that night may have put those displays over the top, but as examples of how the instrument can elicit positive responses from an audience in a concert hall outside of the Panorama vibe, it worked.

Joshua Regrello is a new breed of steelpan artist who is the complete package of witty banter, self-effacing humor and skillful playing. His multiple on-off entries, jokingly and wordlessly alluding to a louder ovation each time worked, even after four tries. A constant broad smile and connection with an audience he met on their level, he exuded fun and he entertained well. And, as if unaware of the audience make-up, he started a singing conversation with the audience that got too risky, which comically forced Chuckaree to come back and smother this grown-up banter in the air. ‘egg. Their next duet on a medley of soca hits dedicated to the recently deceased Dexter “Blaxx” Stewart culminated with Chuckaree’s long-awaited pan fireworks to which Regrello replied cheekily and simply, “what do you want I do after that?” This young man may be a star somewhere very soon.

Chuckaree, as a steelpan player, can easily play any genre of music on his tenor with an impact that grips the audience. As noted, its fast arpeggios that don’t flow into the noise continue to be a hallmark. Smooth jazz (Chuck Mangione’s Feels So Good), R&B-pop (Mark Ronson & Bruno Mars’s Uptown Funk), cha-cha-chá (Tito Puente/Santana’s Oye Como Va), the accessible pop of Sting and Alicia Keys are not a challenge for him. Interesting musical conversations with other instruments, and singers for that matter, are where one looks for movement either toward popular adoption or redefining the scope of steelpan. Saturday night’s show was all about satisfying, not necessarily exceeding audience expectations. In a show where the steelpan was the center of attention, hesitation in the face of an extraordinary experience was a small price to pay for an otherwise joyous event.

Chuckaree’s sister, D Piano Girl Johanna (Johanna Chuckaree) took soca music and added a pianistic touch that comes from years of classical music training to take the music to new places. Her ubiquity in performing spaces here and there since her solo version of Kes’ Savannah Grass elevated this song, was recognized when she covered this song after an audience member shouted “we want Savannah Grass” , with the understanding that Johanna’s version was expected. ! His mixes of Machel Montano piano and power soca have the kitsch appeal that makes local audiences happy, and so does that night too.

The balance between strict instrumental music and vocalized songs was a major highlight for the show. Genres exploded, mergers took place, and no one complained. Island rock pioneer Nigel Rojas, recently seriously injured in an accident requiring surgery, got up to perform a few songs with Chuckaree that reintroduced the duo as musical partners beyond expectation, both having co- composed a piece of high-ranking Steelpan Panorama. You can feel the connection because there were easy exchanges between these friends and colleagues.

An easy exchange between performers is always welcome on stage. We can feel that the connections beyond the music in our circumscribed musical space contribute to a better performance. Raymond Edwards, one of the best male voices singing popular music outside of soca on this island, gave adult contemporary music an air of sophistication that an older generation raised in the 1960s might currently lack. His duet of the old standard Fly Me to the Moon with the stunning Jolene Romain was pure magic. Their chemistry was palpable without being fake and fake. She sparkled figuratively and literally: As she walked onstage, she announced, “applaud the dress” – a knee-length sequined black number that spoke elegance and drew applause and attention. His duet with D Piano Girl Johanna of a refined version of Patrice Roberts Better Days underlines the idea that soca lyricism can sometimes stand out from new reinterpretations of music. The message of these post-pandemic beginnings resonated.

The highlight of any local gig should be a climactic affair. After the taste of Erphaan Alves sprinting through his delivery of soca and the admiration of Nishard M’s very first flamboyant moment in Bollywood with dancers in tow, both having the steelpan as accompaniment beyond the addition, we was moved by the arrival of Farmer Nappy reeling off three of his hits – Backyard Jam, Hooking Meh, Big People Party – which elevated this gig to a point of satisfaction beyond a mere $250.

With an audience half-filling the venue, contrasting this weekend with the image of thousands “jamming naked” on the savannah, it remains to be considered how this show aligns with the myriad of other shows in this season. central between Carnival and the launch of Carnival the following year in July; Christmas celebrations are now the precursor to Carnival! His story, we were told, was a musical journey that reflected his connection to the people he worked with, who inspired him; his sister, his late father, his steelpan colleagues, his fans. It was a release of energy, a celebration, and a measure of how an audience can embrace music that spans a broad genre profile. This bodes well for the reopening, in full, of a renewed entertainment sector on this island.