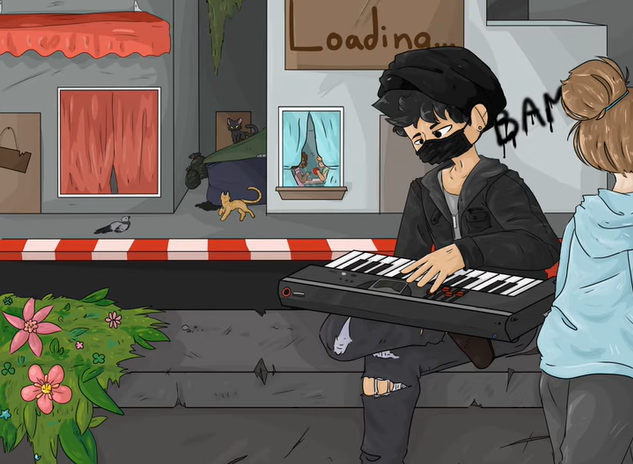 The global music scene: the interview with ZENG’S Jazziz

Throughout life we â€‹â€‹are presented with a limited number of opportunities that will change our entire perception of reality. As we work towards our final demise, we have a small window of opportunity, and in that split second, we must leap – leap into greatness or remain an ordinary member of society going with the flow.

Observing the life of a young New York-based jazz musician and dance music producer, ZENG; numerous encounters have led him to become both a doctor and an artist and have helped him to break the glass ceiling, revealing the musical sensibilities that now invade the streets of New York.

ZENG’s character was born out of the electrifying sounds of the local New York music scene. The Rhode Island doctor, who specializes in neurology and psychiatry, made his debut when he released his debut album “Loading …”, a compilation of jazz, hip-hop, blues and neo-soul in December 2020. Now, ZENG is taking to the streets in a whole new way, merging its musical expertise in multiple areas to create a distinctly unique sound.

How ZENG was born

Born in New Rochelle, NY to Chinese-American parents, and raised in Rhode Island, the talented ZENG had a burning passion for jazz music ever since he discovered Mulgrew Miller in college. It was Miller who opened the eyes and ears to a range of artists and composers in the jazz tradition. The #BAM (Black American Music) movement, a term coined by trumpeter Nicolas Payton, would go a long way toward David’s understanding and undying love for jazz music. That would lead him to small gigs at clubs packed with hip-hop, neo-soul and jazz fans and listeners, with residences at Rockwood Music Hall, Red Room, Canary Club and Arlene’s Grocery.

During his graduate studies at the Manhattan School of Music, he would hook up with Blue Note Recording Artist and drummer Kendrick Scott and MacArthur Genius Fellow, Miguel Zenon. A fruitful relationship blossomed between famous gospel pianist, singer and music director Damien Sneed and ZENG, Sneed becoming his mentor during his graduate studies. As his traction in the industry began to take off, he adopted the artist name ZENG to denote the jazz keyboardist and dance music producer by whom the world would later know him.

The sounds that changed everything

Remember that split second we have that would change our lives forever? Well, for ZENG that meant witnessing the sounds of keyboardist BIGYUKI at a dimly lit jazz club in New York City. A mix of jazz, classical, hip-hop, soul, dance and electronics filled the air, and crowds were seen dancing and screaming as BIGYUKI electrified the club.

As ZENG noticed how BIGYUKI and other contemporary artists such as KNOWER, Anderson Paak, Young Franco, Goldlink, Snakehips and Tom Misch challenged the boundaries of traditional genres (especially in dance music and jazz) – ZENG knew that the sounds he was harboring could leave the same crowds of people dancing and clapping.

â€œIt took me many years to realize that there was one very important musical element missing in my music throughout my years as a jazz musician, and that was dance. All of these artists have inspired me to combine jazz and dance music in a unique way and find my place in the jazz community. ‘

ZENG moves up the ranks of the New York music scene

New York isn’t for everyone, but if you can do it here, you can do it anywhere. ZENG realized that in order to make a difference and remain unique, he had to bring something new to the scene. He adopted the moniker ZENG, a culturally neutral appropriation of his Chinese surname, as his artist / producer name. The name ZENG not only represents his creative vision and accomplishments as an artist, but also represents the work of many collaborators within the New York jazz-hip-hop-neo-soul scene. His debut album, “Loading …”, released by Ropeadope Records, features several of these collaborators and is a jazz-dance-R & B fusion that aims to showcase the incredible talents of the New York music scene.

Now, since the launch of â€œLoadingâ€¦â€ in 2020, thousands of listeners have been captivated by the album which has collected hundreds of thousands of streams. ‘Like a lot of other people, I’m a work in progress, and this album too. I draw on what I know and I am inspired by those who came before me. ‘

Exploring new dimensions in the genres of jazz, dance, R&B and hip hop has become an integral part of ZENG’s creative vision. ZENG is a creative individual who connects the sounds of the unknown and oblivion as well as an artist seeking to harmonize the therapeutic application of music.