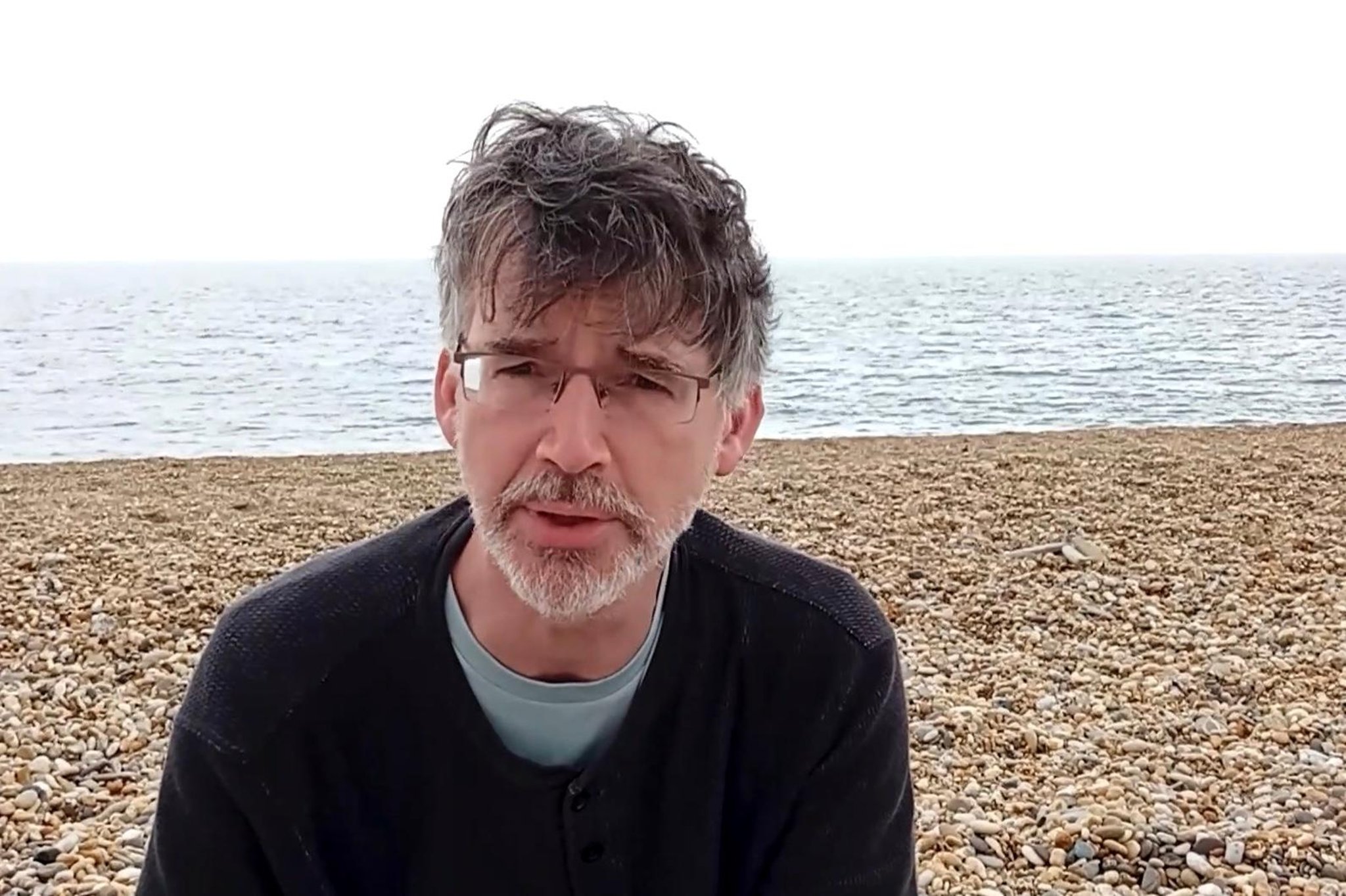 Richard Price is not the most famous of Scottish poets; but he’s undoubtedly one of the most interesting and creative, with a record of lyrical brilliance, daring experimentation, and fruitful collaboration with other artists dating back to the 1990s and beyond. Born in 1966, Price grew up in Renfrewshire and began writing poetry in his early teens – in part, he believes, because he was too shy to communicate in any other way, and wanted to capturing on paper some of the impact of the songs and lyrics that meant so much to him, from Sam Cook to Bob Dylan.

His first thought on leaving school was to become a journalist, and he trained at Napier in Edinburgh; but soon realized that a career in librarianship might better suit her personality, while also fulfilling her passion for sharing information and knowledge. He graduated from the University of Strathclyde in the late 1980s and moved south to take a job at the British Library in London, where he has worked ever since; today he is responsible for contemporary British collections, a role he describes as ‘dream work’, and which often inspires his own creative work. Since the early 1990s, he has published ten major collections of poems, as well as short stories, non-fiction books, and translations. He has often collaborated on joint projects with visual artists and maintains his interest in music through studio work, as a lyricist and singer, with his three-person group The Loss Adjusters, successors of the previous Mirabeau group.

Register now to our daily newsletter

The newsletter i cut through the noise

In this Scottish session, Price reads a poem called Kiviuq On The Open Sea, taken from his new collection of poems The Owner Of The Sea, released this month. Subtitled Three Inuit Stories Retold, the book uses old Inuit legends to explore some fierce contemporary dilemmas, with what Price calls frequent “glances to the camera,” a conscious relationship with the contemporary gaze. He recorded this session at Slapton Sands in Dorset, with the Channel waters lapping the shingle behind him; the kind of gray, sunless open seascape that fits perfectly with this episode in the story of Inuit hero Kiviuq, as he travels alone in his kayak, in search of new landing spots.

A message from the editor:

Thank you for reading this article. We depend on your support more than ever, as the change in consumption habits caused by the coronavirus is having an impact on our advertisers.