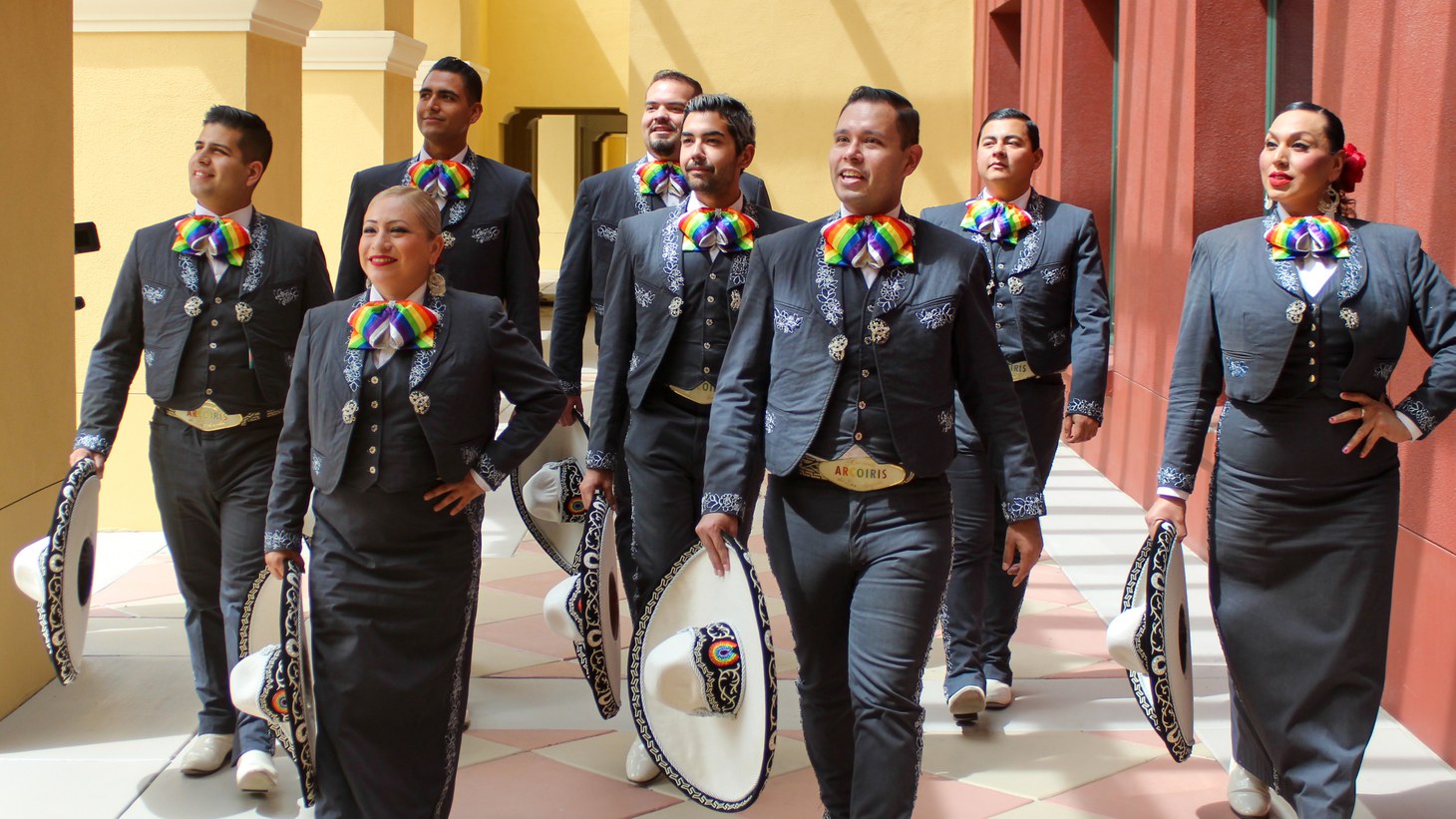 Mariachi Arcoiris is the world’s first LGBTQ+ mariachi band. Carlos Samaniego, its founder and director, talks about the boundary between belonging to the LGBTQ+ community and the Mexican community.

Samaniego started the band shortly after college. As an openly gay man, he says he has faced bullying and discrimination, especially in Mexican culture and the mariachi world, where the emphasis is on the macho, which he says translates by a “toxic masculinity”.

Traditionally, the mariachi genre included “manly men” who serenaded women. And machismo was embedded in the songs and lyrics because it was already part of Latino culture in general, Samaniego says. “Unfortunately, being openly gay [was] a no-no in this culture [and] in this community. And so today is better, but when I was younger it was definitely something I struggled with.

He created the band to embody the opposite of it all. He says, “I felt a personal need for there to be a safe space for mariachi musicians like me. So that we can come together and rehearse our music, play our music in a space or environment free from this bullying and discrimination. I thought to myself, well, I can’t be the only one going through this.

When the band plays at a traditional wedding or an LGBTQ+ event, they feel a duty to represent both the Mexican community and the LGBTQ+ community. In some cases, Mariachi Arcoiris will perform for an LGBTQ+ event where the audience does not expect to hear a mariachi band.

“We have this opportunity to show them what beautiful mariachi music sounds like,” says Samaniego. “And even though they’re from Southern California and have an idea of ​​what mariachi is, they might not know what a big band looks like and what beautiful arrangements we have to offer.”

He adds, “It’s an amazing feeling to be able to show this city and the world that we exist and aren’t afraid to express who we are, while playing traditional music at the same time. It’s nice.”

Carlos Samaniego, (second row from front, furthest right), launched Mariachi Arcoiris so that LGBTQ+ mariachi musicians can rehearse and perform in a safe environment free from bullying or discrimination. Photo by Victor Samaniego.

The Pride Month 2022 Out Takes Guide